These pictures are taken from our terrace garden this end of the year.
Looks nothing special.
Very wet months dururing the rainy season makes the plants don't grow optimally.
This is the rack on the southern side.
We put little red cabbages here.
Three gutters are moved here, from the western side.
We grow caisin here. 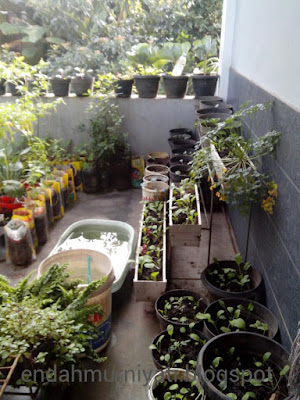 A bucket and baby-bath tube are used as water reservoir. 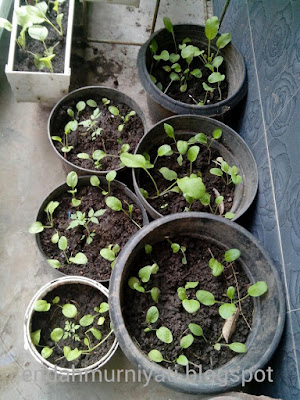 Lots of baby caisin from self sown seedlings.
Such a shame to pull out as weed. 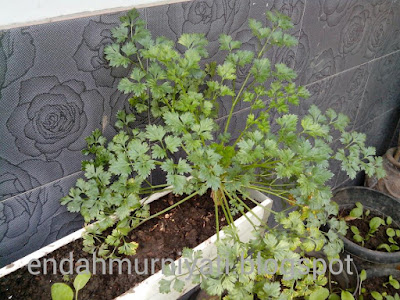 The only one parsley as a survivor. 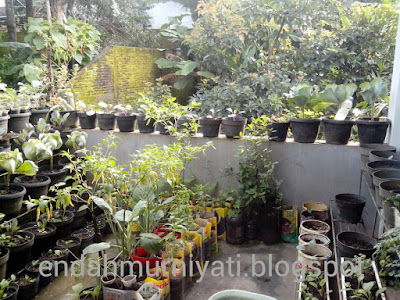 This is the eastern side... and the center row too... 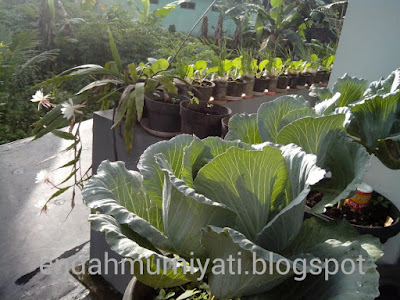 Three cabbages 'KK Cross' on the eastern side. 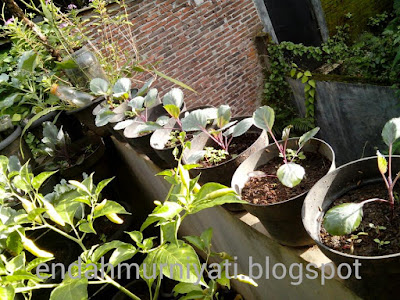 Eight red cabbages 'Scarlet' in a row, next to the KK Cross row. 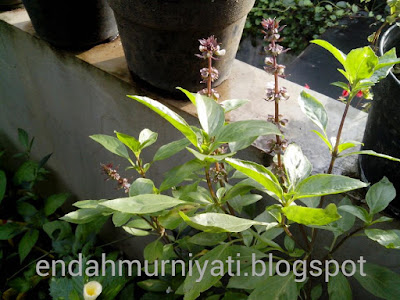 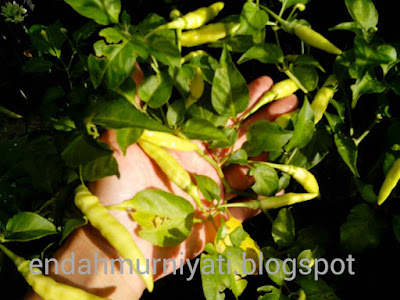 Hot peppers on the center row. 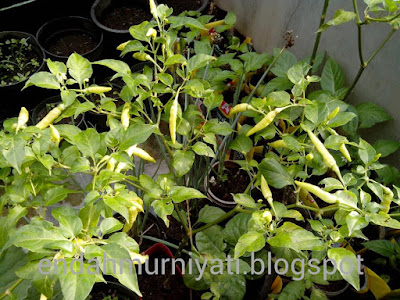 They look so productive... 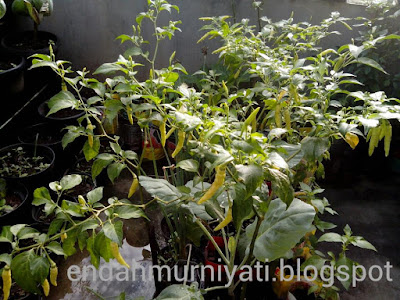 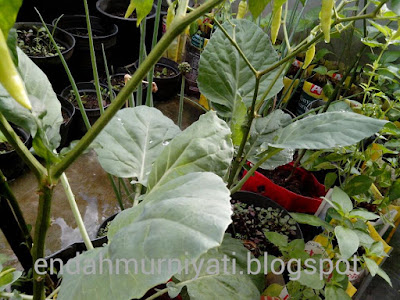 Three kale or kailan under the hot pepper plants. 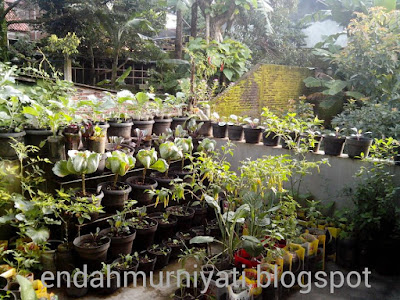 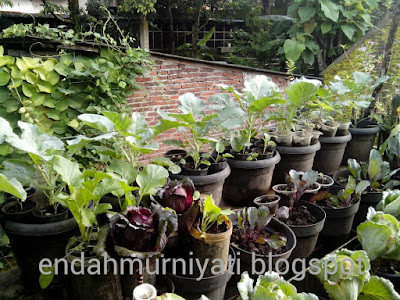 The Brassica patch have changed...
Not so beautiful as before... 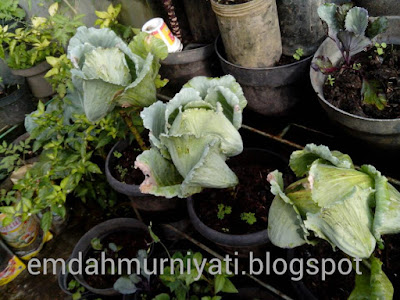 It seem that the rain is so cruel for our Brassica, especially green cabbage. 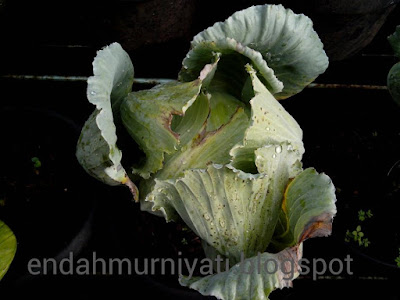 The edge of leaves look dry and brownish, then several days later they will be fallen. 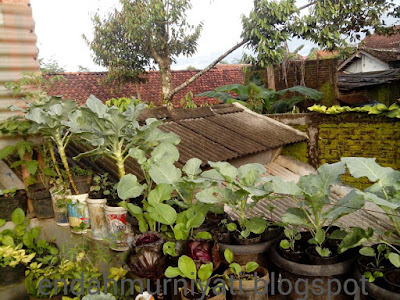 The only two red cabbages which ready to be harvested 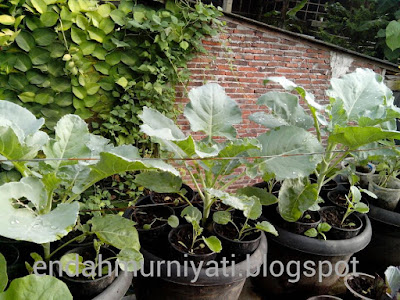 The only brassica that grow well now is broccoli. 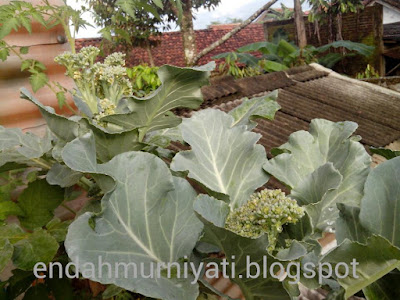 Broccoli is ready from seedling until productive stage. We olso put some seedlings of varigated pepper 'under' the broccoli.
That's really save space for us... 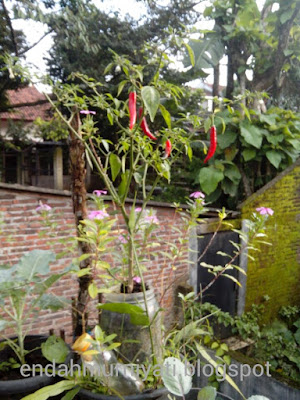 At the corner, a pot of hot long pepper on the Vinca's pot. 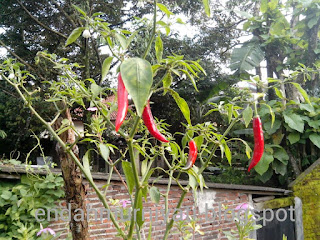 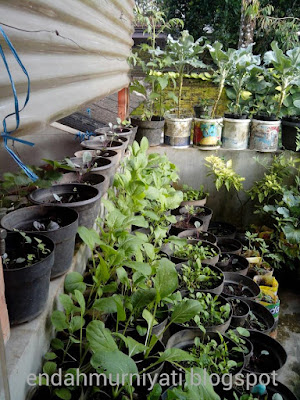 And this is the western side...
The only one red cherry tomato at the corner.
A row of red cabbage on the highest and lowest row. 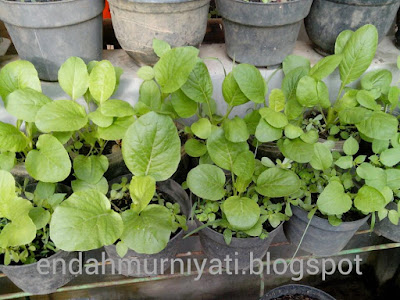 There are two rows of caisin and also a row of caisin seedling below.
These caisin came from self sown seedling.
So bountiful...
Thanks God for everything.

Posted by Endah Murniyati at 10:34 PM