This week, we were invited by a seed factory  PT. Bintang Citra Asia at Jember East Java.

From our office there a team, four persons include me.
Such a lucky thing, that we could visiting a big seed factory and learning about seeds industry.
A tiring trip, but it was so interesting and meaningful for us.
We met lots of persons from so many places that mostly as 'seed users' or seed distributors.
The place that we were visited was so far, about  450 kilometers from our town.
A long and tiring mini trip, we about fourteen hours to reach that place.

First, we picked up by car to the airport in Yogyakarta by car at 12.00 AM on Wednesday 20. 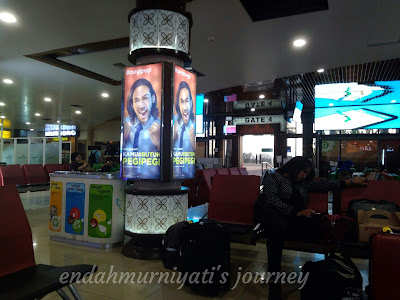 Then, we had to wait for several times caused by the boarding was delayed. 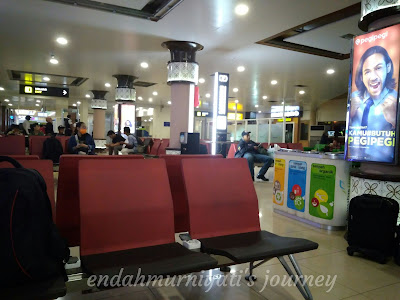 Second, finally the boarding was at 19.40 PM, the flight from Yogyakarta to Surabaya was about one hours and 15 minutes. 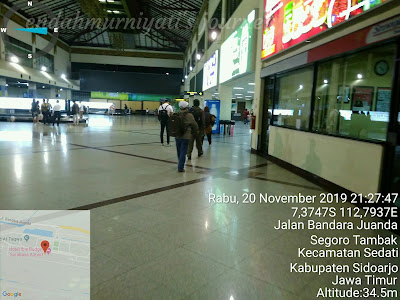 Third, we picked up by car from the airport to the railway station by car, about one hour.
We had to catch the train to the next railway station at Sidoarjo in hurry, caused by our flight was delayed. Really rushed... 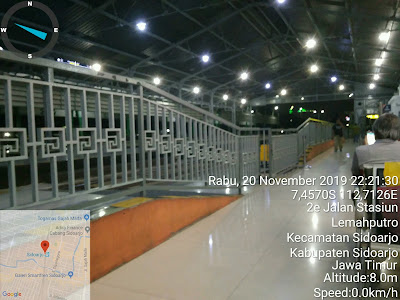 Fourth, about ten minutes after we arrived the railway station, the train was arrived, we got in soon. 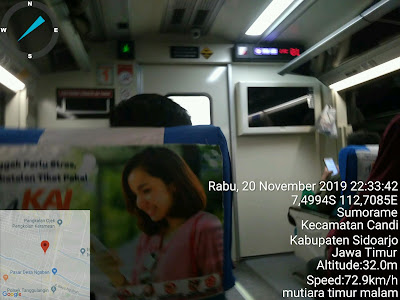 We went by train for about three hours and forty minutes until the destination railway station in Jember. 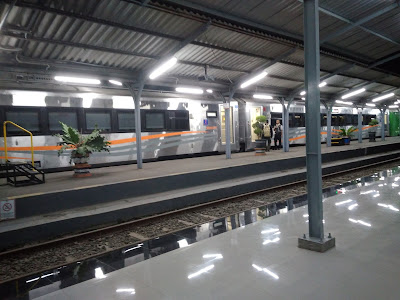 Fifth, we were picked up by car to the hotel.
Finally we could checked in to the hotel at 02.10 AM on Thursday 21. 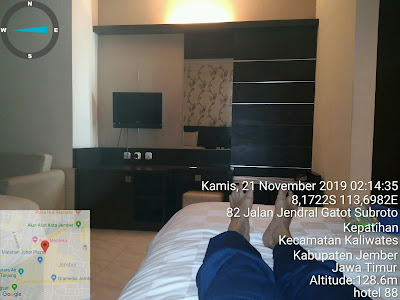