Pare is so tasty when it's cooked well.
Although the taste is bitter. 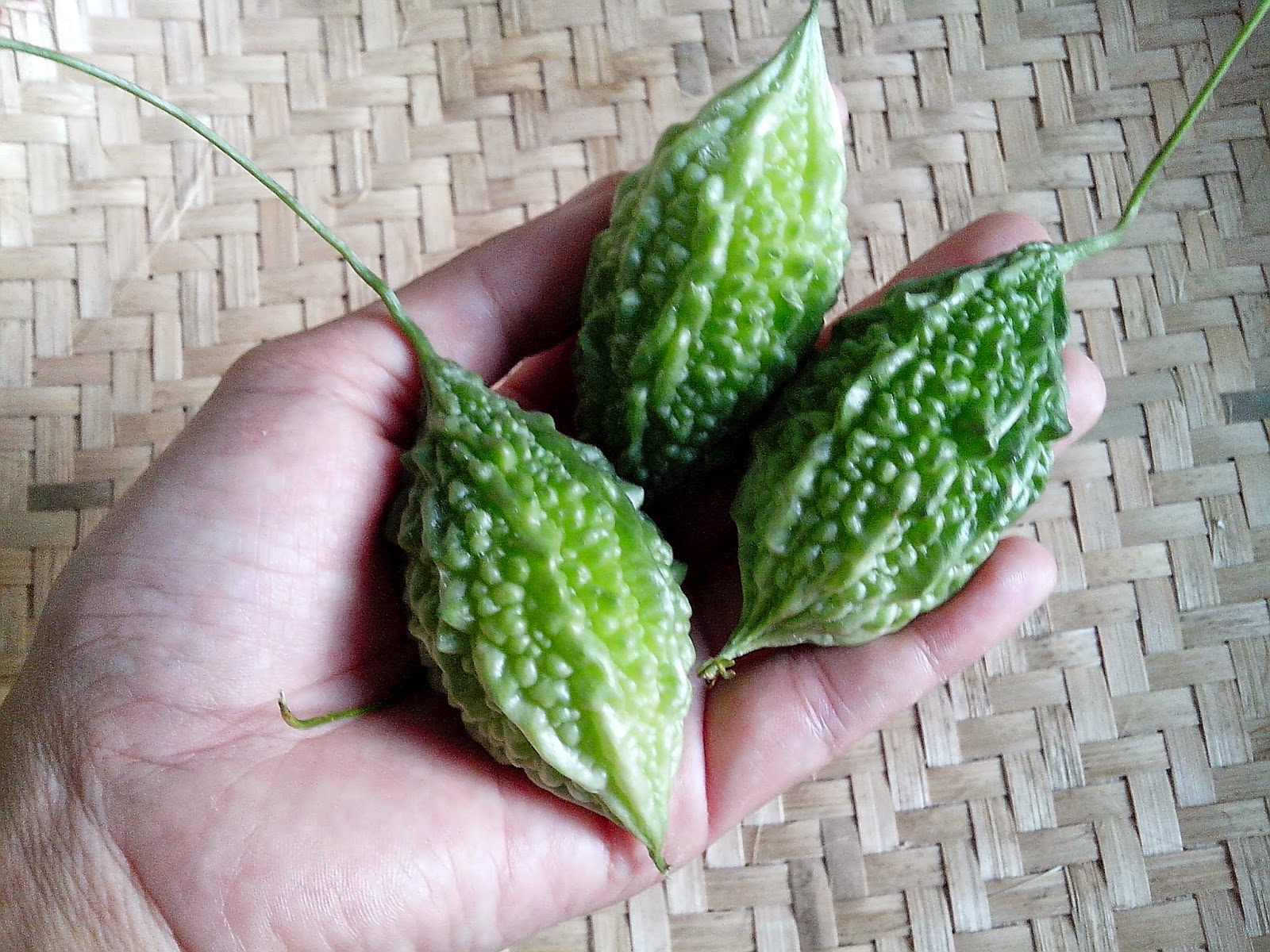 We can reduce the bitterness using salt.
The traditional way is washing the pare using salty water. 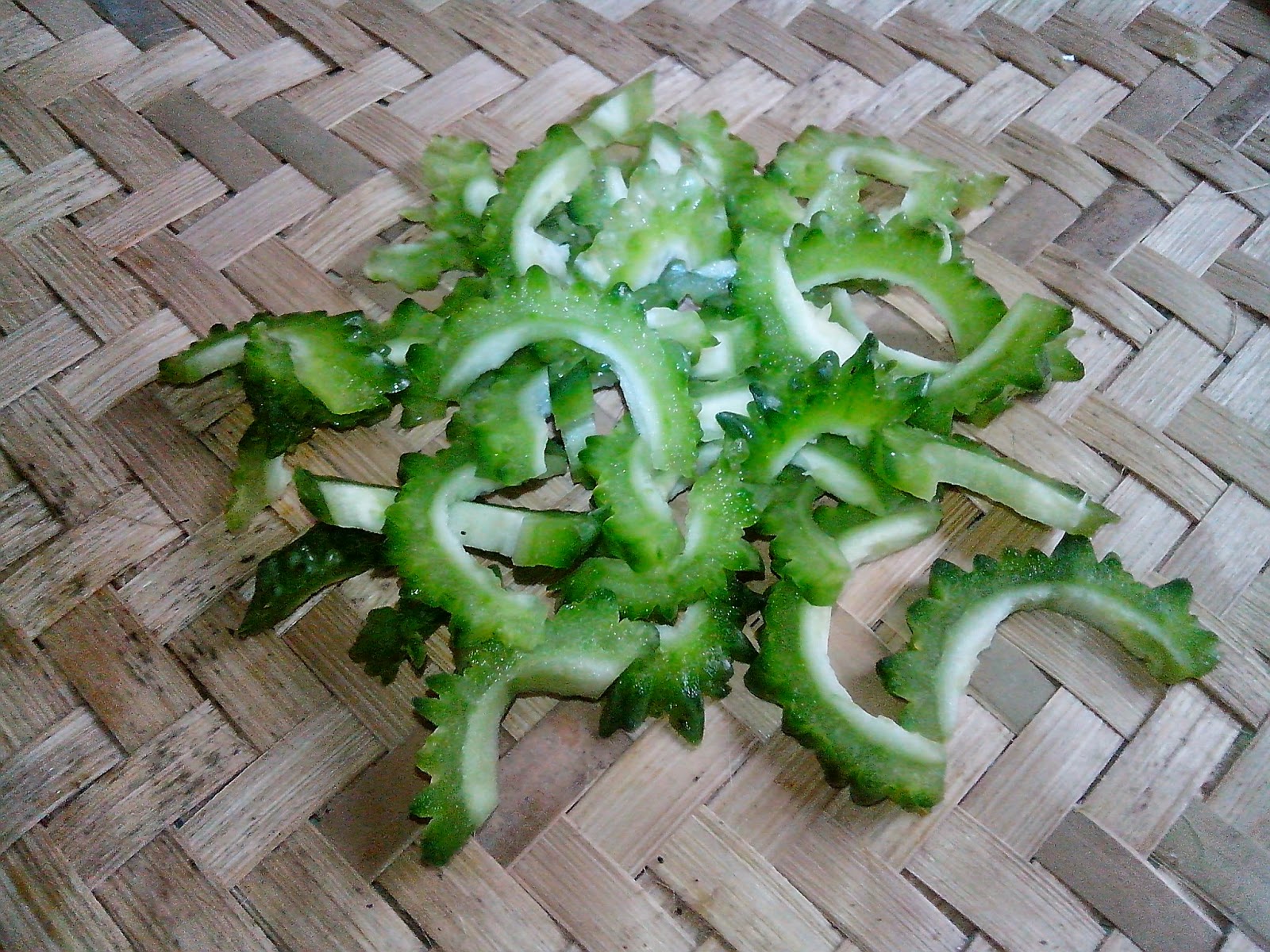 The other way is crushing the sliced pare using ground salt, until we get the 'foamy green water', then wash it on the flowing water twice.
The picture below is sliced pare that ready to be cooked after crushed using the ground salt and then washed.
The bitter taste is disappear now. 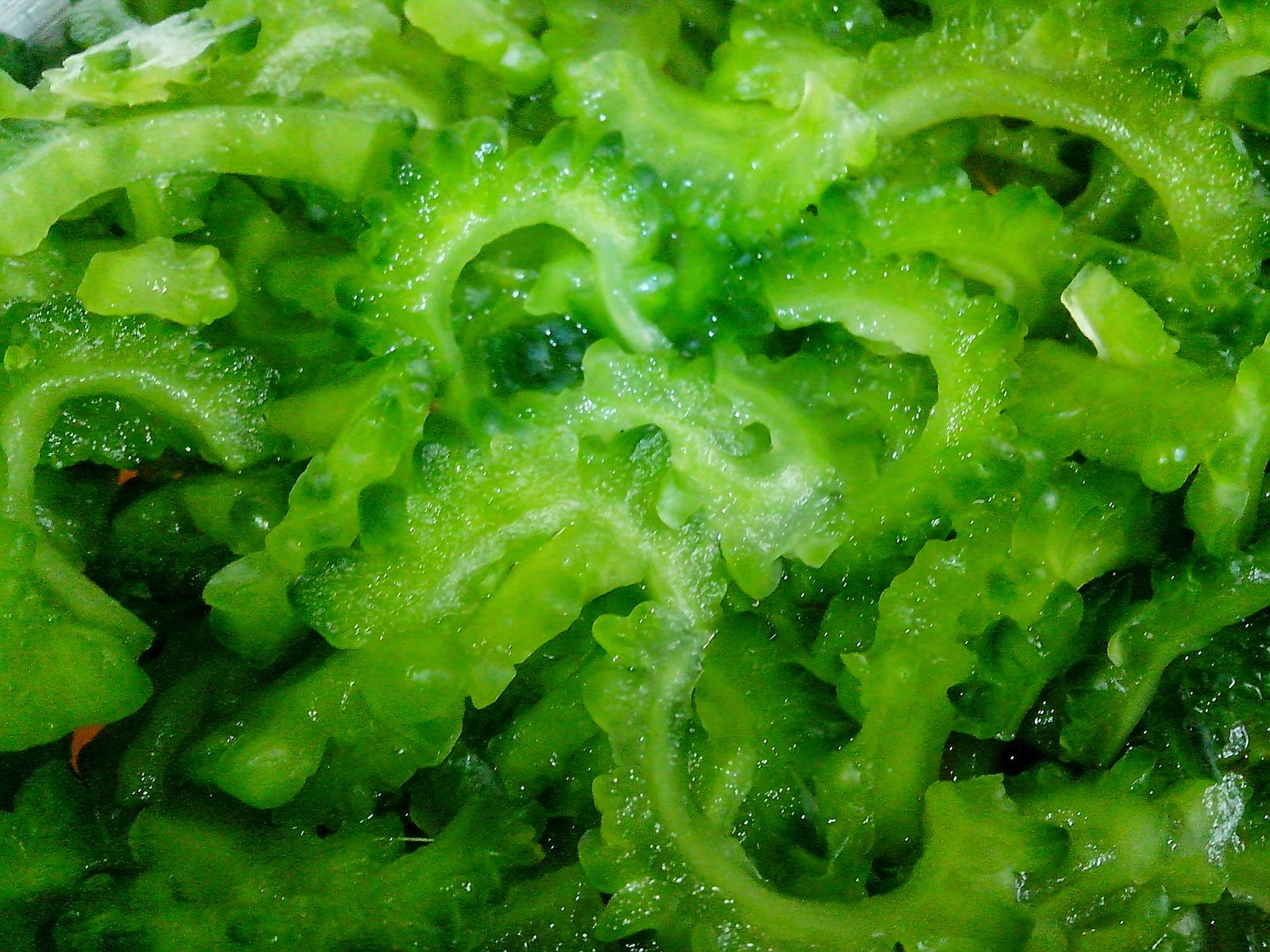 Actually, behind the bitterness, we can find so many benefit for our body health.
Each 100 grams of fresh pare consists 19 calories, and 2 grams dietary fiber.
It also contains vitamin A, B, C, E and K.
High in minerals content such as Calcium, Iron, Magnesium, Manganese, Phosporus, Potassium, Sodium and Zinc.
Diabetics are usually drink juice from the fresh raw pare to reduce the glucose level on their blood, cause pare has hypoglycemic effect.
Here, we can find so many medicines that made from pare, are sold on the drugstore or pharmacy. 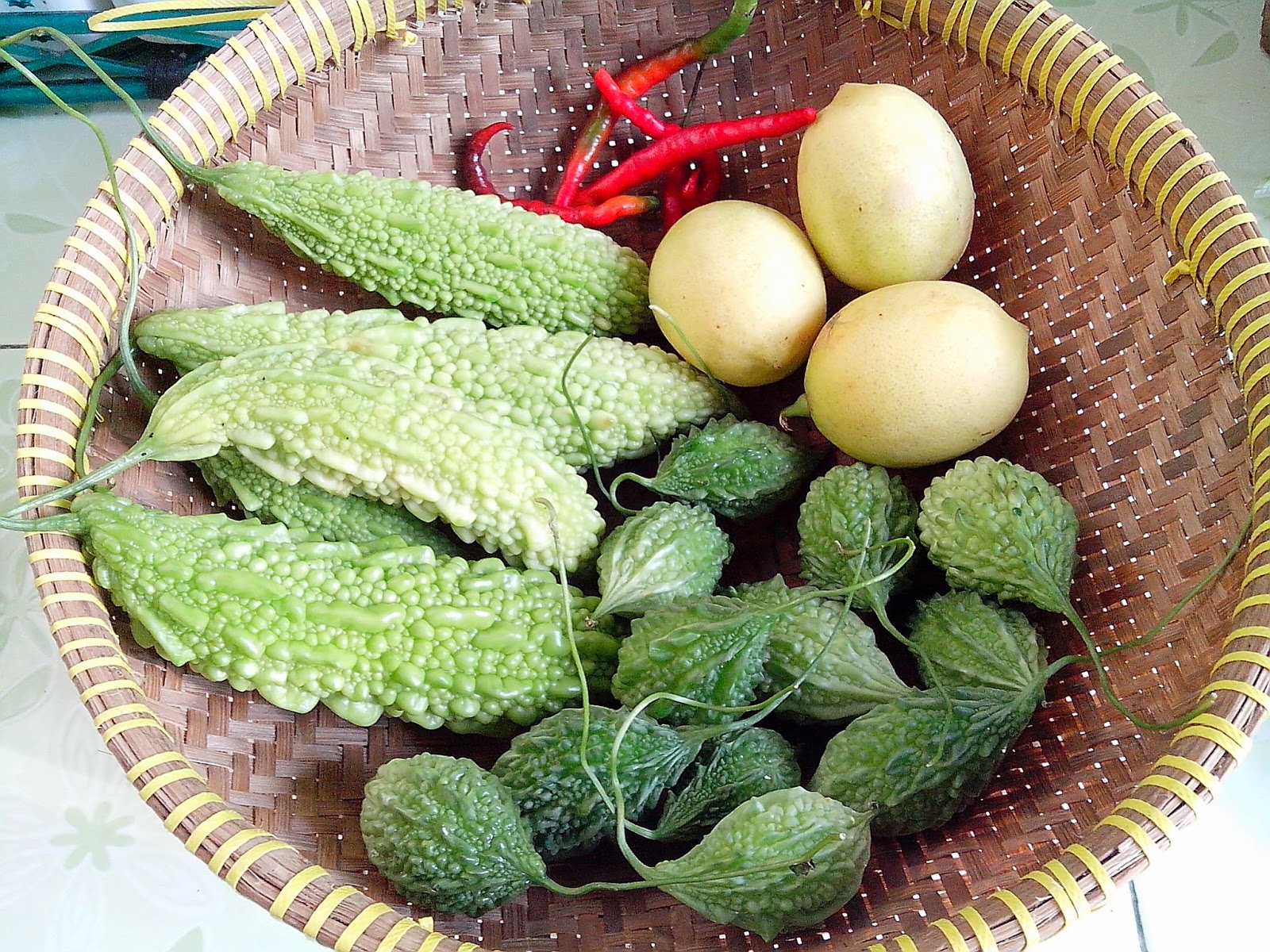 Pare is well known as medicinal plant that used in traditional medicine.
It used to relieve diabetes, stomach complaints, cough, respiratory disease, skin disease, wounds, ulcer, gout, rheumatism, also as a laxative and anthelmintic agent.
Some researches shown that pare to be beneficial including cancer prevention, fever, HIV and AIDS, and other viral infections.
It has clinically potential activity in laboratory experiments.
But I think it needs further studies, especially about the how to use it and the dosage.

I think all of plant have so many benefits if we explore them.
Thanks reader for following this series.
Keep healthy and have a nice weekend.
Posted by Endah Murniyati at 11:05 PM