Last week, when I was tidying up my 'jungle', I found a lot of pumpkin leaves that grow out of the line.
They made the jungle became more messy.
So I picked some young leaves for cooking, and pruned the old leaves as compost stuff. 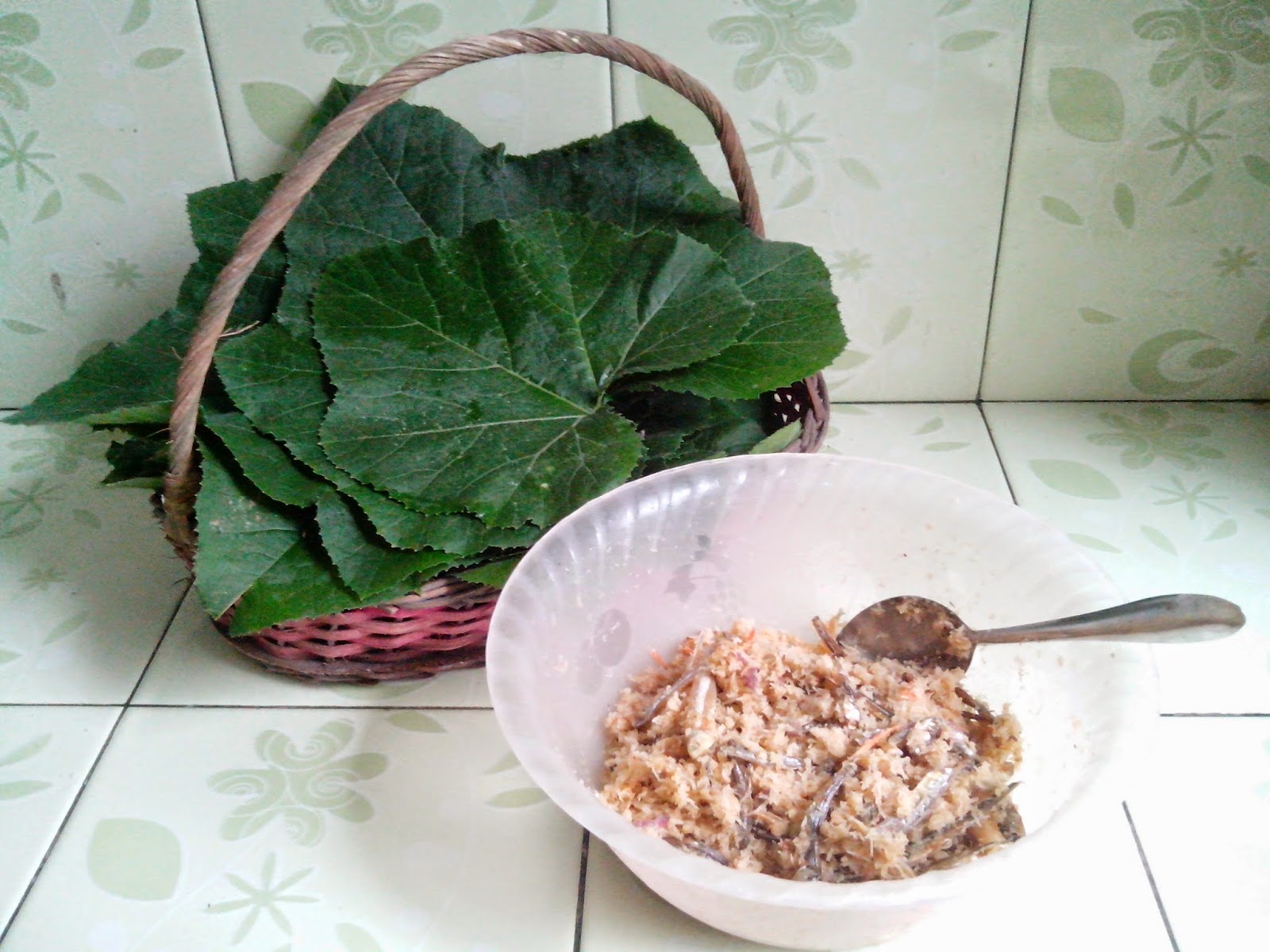 Actually, I had no idea, what should I do with the leaves.
Then I remembered that I still had some grated coconut and anchovy on my fridge.
So... I had an idea to make a traditional Javanese food called 'Buntil using these pumpkin leaves'.
The common 'Buntil' are made from daun talas (Colocasia leaves), papaya leaves or cassava leaves. 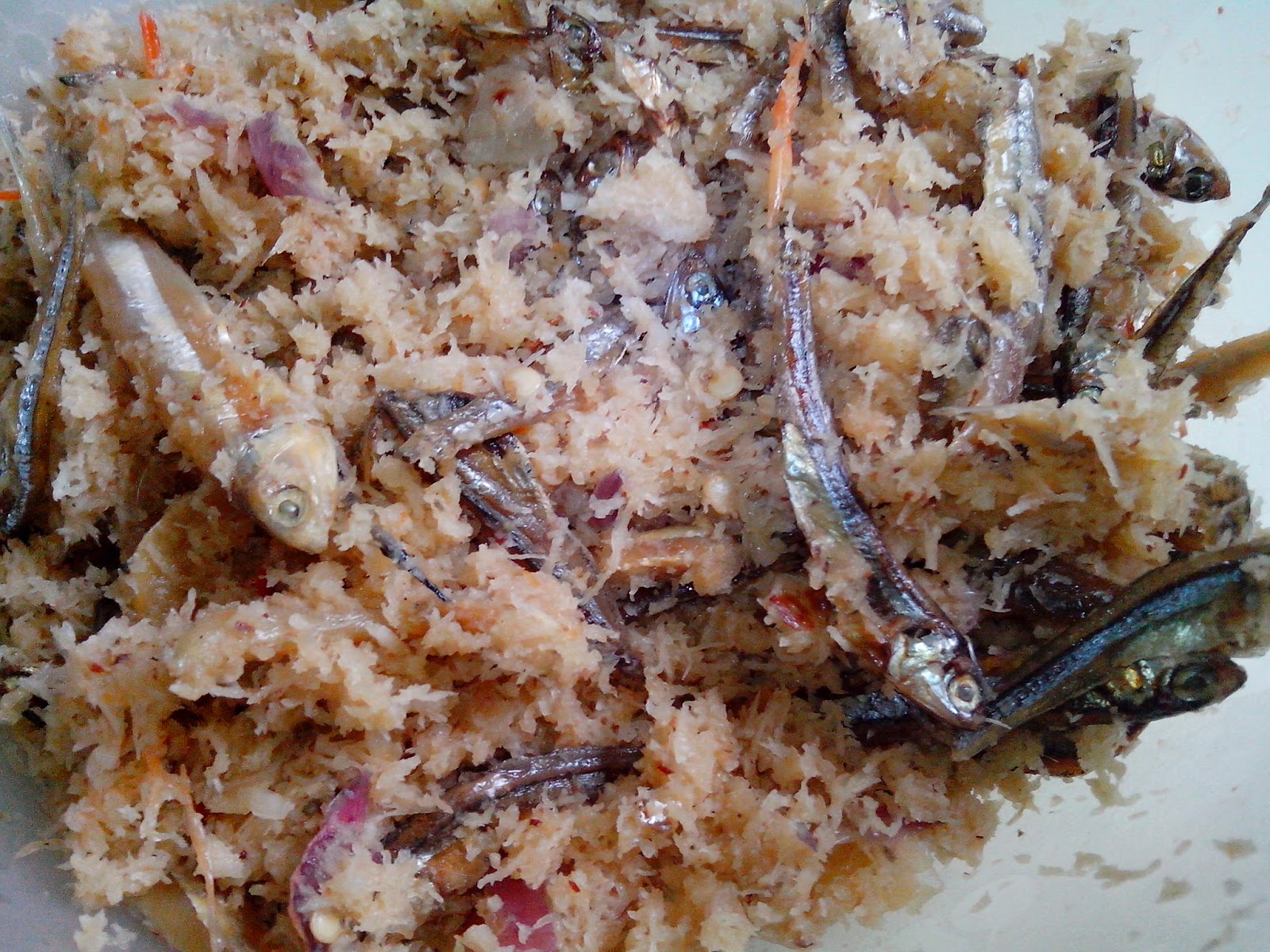 As a filler, I used grated coconut, anchovy (salted and unsalted), garlic, shallot, chili, salt and sugar, and than mixed. 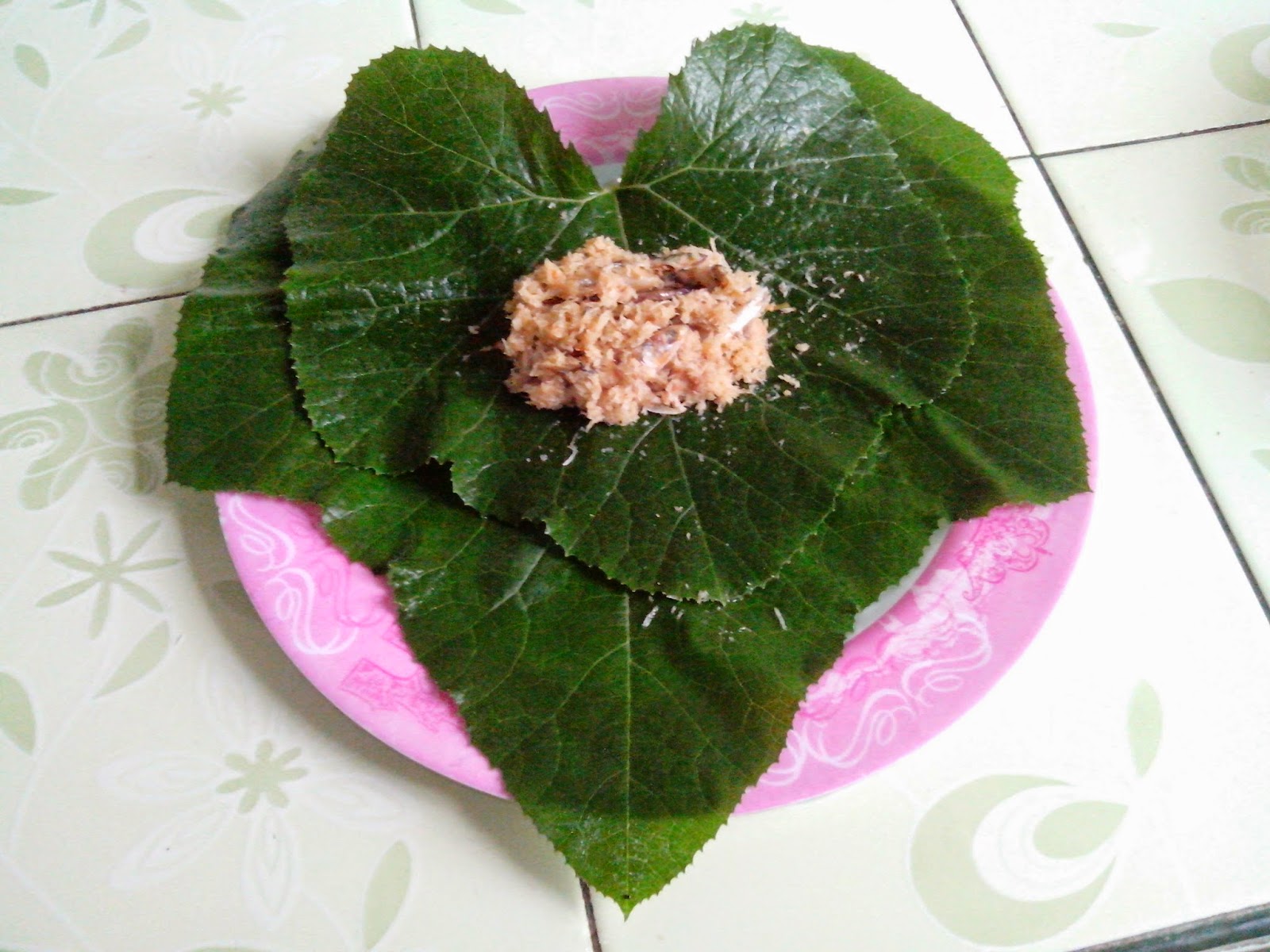 I put two layer of pumpkin leaves, then put the filler on it.
After that wrapped and rolled the leaves.
I used wool string to tied the rolls. 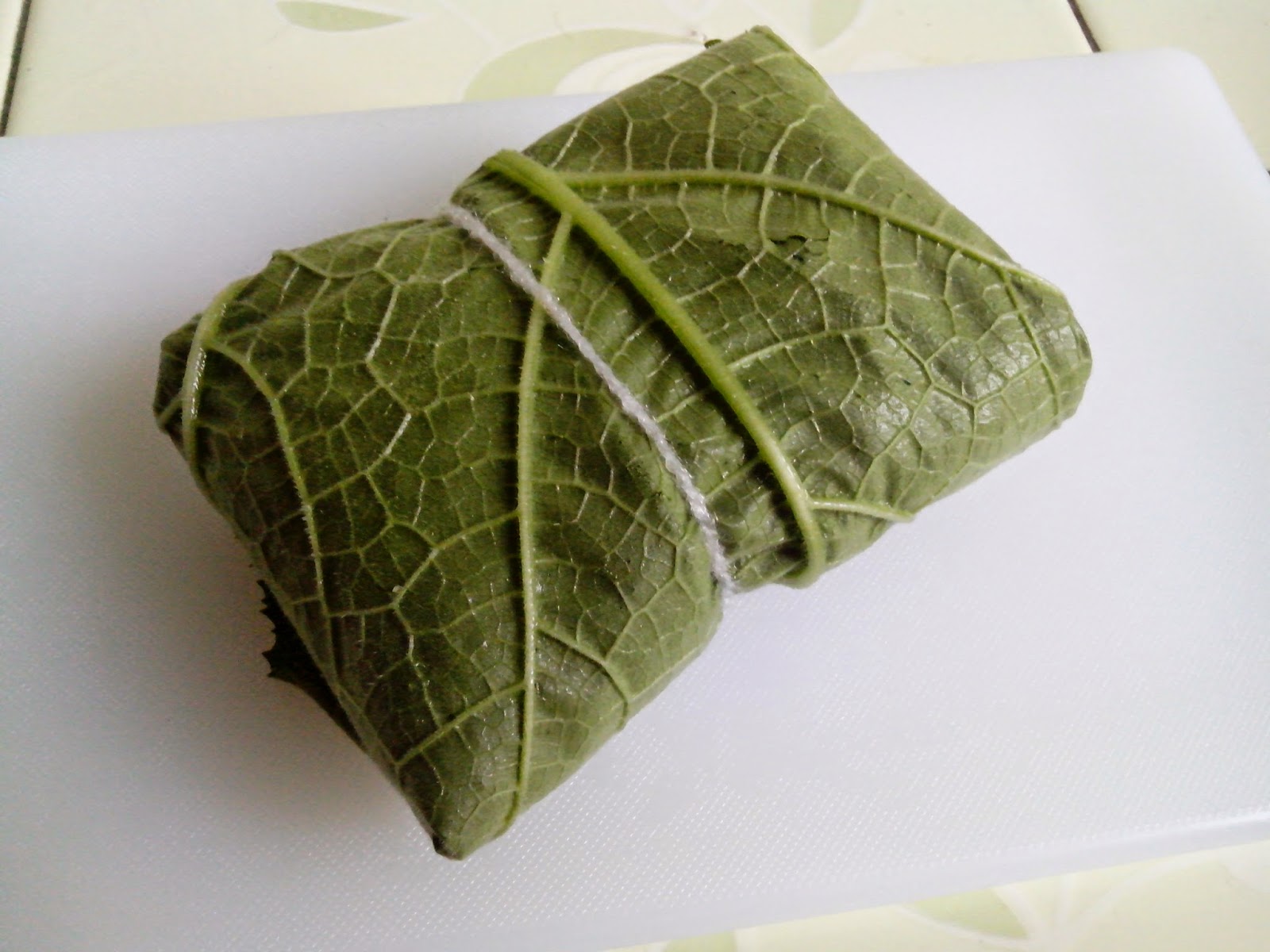 The rolled leaves were ready to be steamed for about 20-30 minute. 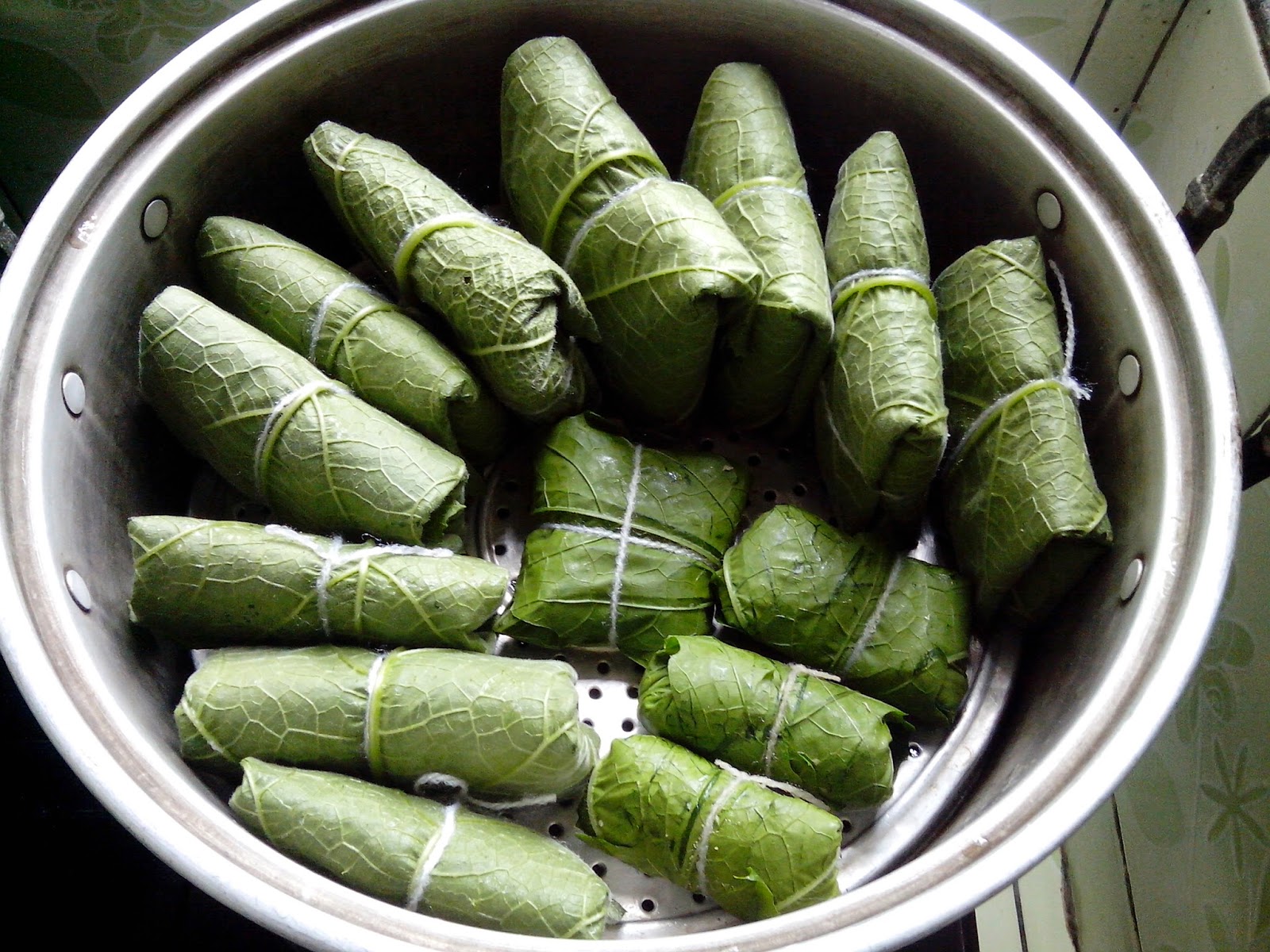 After  steamed, the rolls were ready to be served.
Yes... the 'Buntil' was ready.
On this stage we call it 'Buntil Mentah' or raw 'Buntil'. 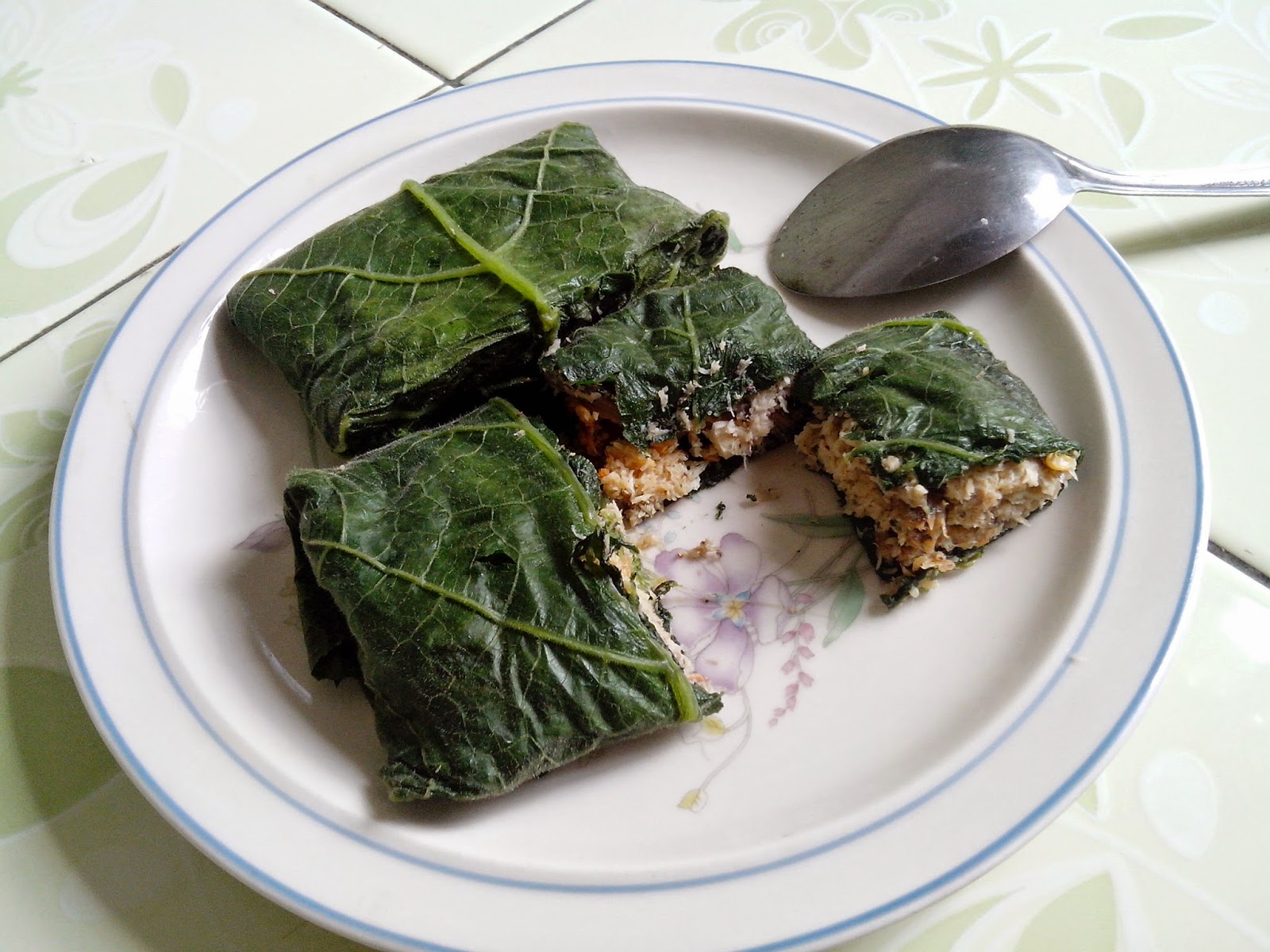 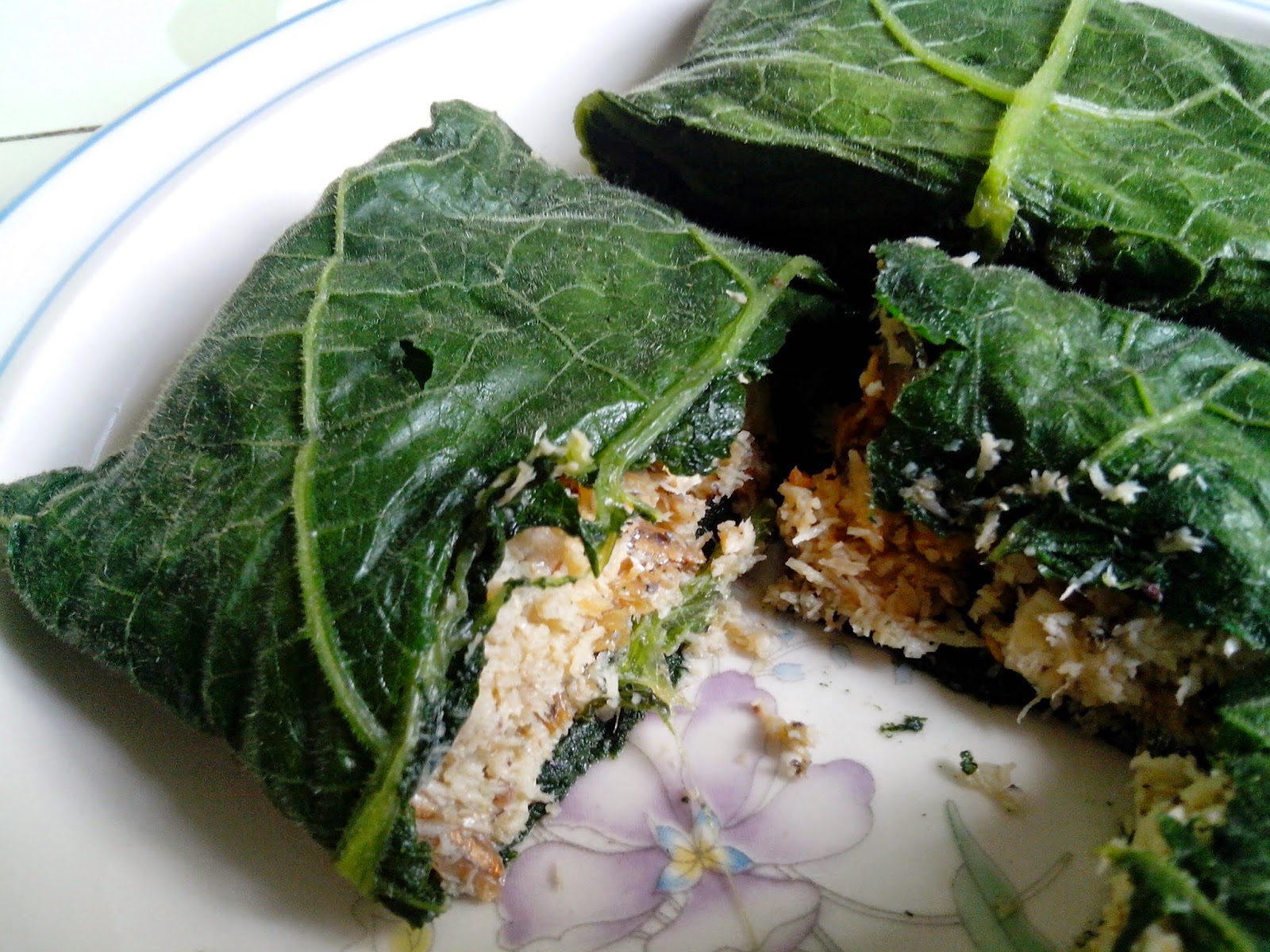 People usually cook the raw Buntil later in to full cooked Buntil or we call it Buntil Masak.
The raw Buntil were cooked with coconut milk, chili, chopped garlic and shallot, also salt and sugar as seasoning. 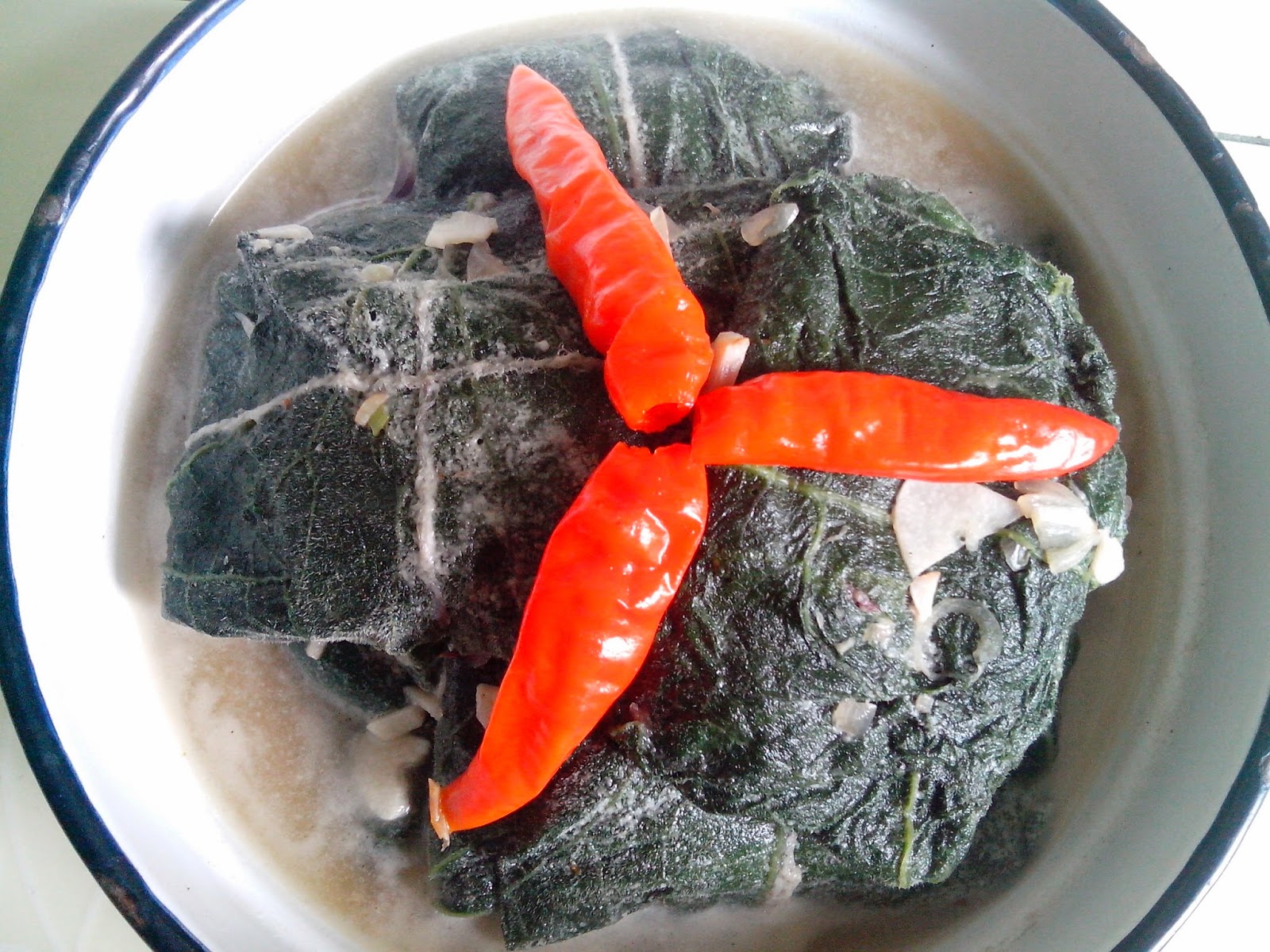 My experiment have done.
And nothing remain on our plate...
So... ready for the next experiment...
Posted by Endah Murniyati at 11:16 PM