After we celebrated Independence day with some ceremonies, we used to get carnival as an annually tradition.
There were two stage carnivals. First for preschools and kindergarten students, and the second for elementary school students.
Everybody visited city town square down town that we called it "Alun Alun".
Thousands contestants on their artistic costum.
They walked, ride pedicabs, horse carts or open cap cars.
They made up their pedicabs, horse carts and cars into artistic form.
There were drum bands parade.
Everybody looked so happy and enthusiastic.
That was a party for all of Indonesian peoples.
Celebration for all...
Tomorrow we still have a special moment called "Civil Servants Parade".
Once more .....Happy Independence Day... 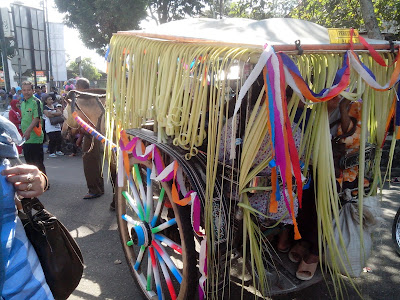 They used young coconut leaves for the decoration.
I think that was a unique curtain. 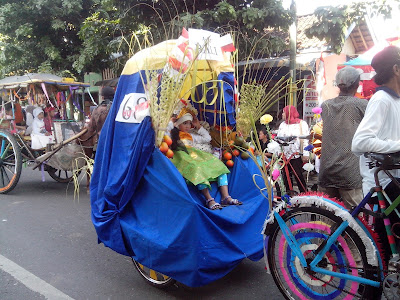 There were some fruits for the decoration 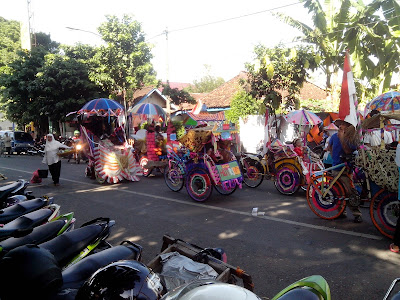 Waiting for their action 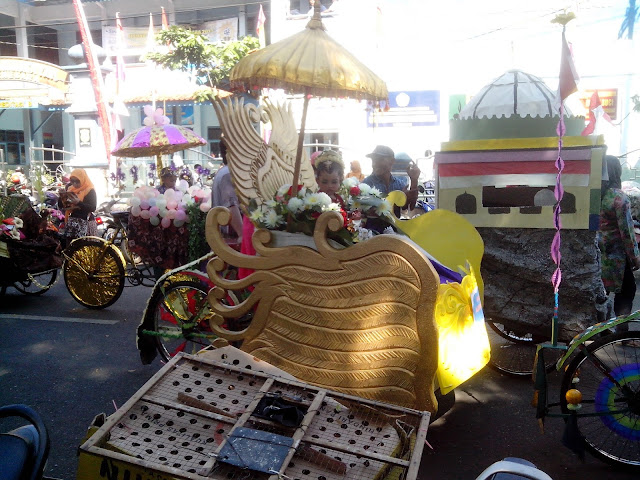 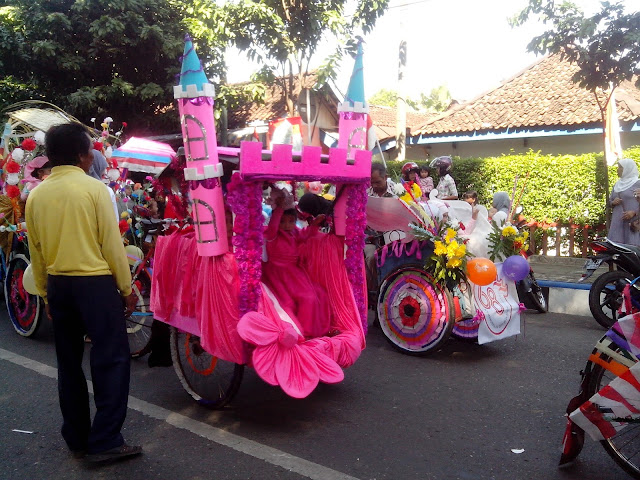 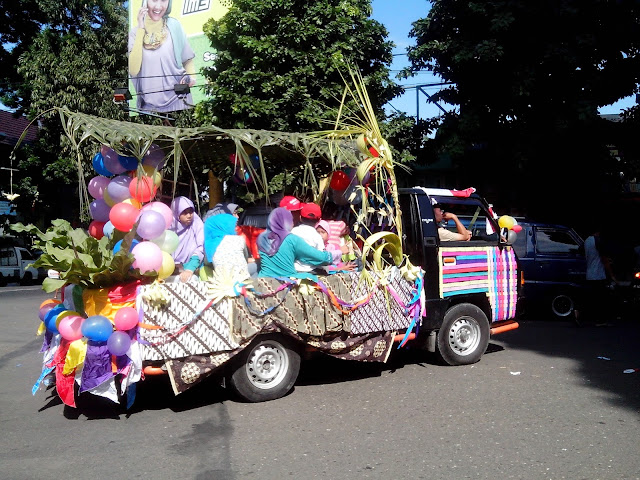 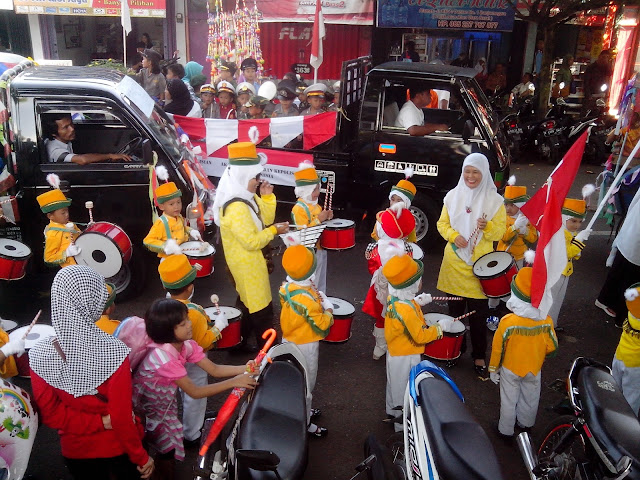 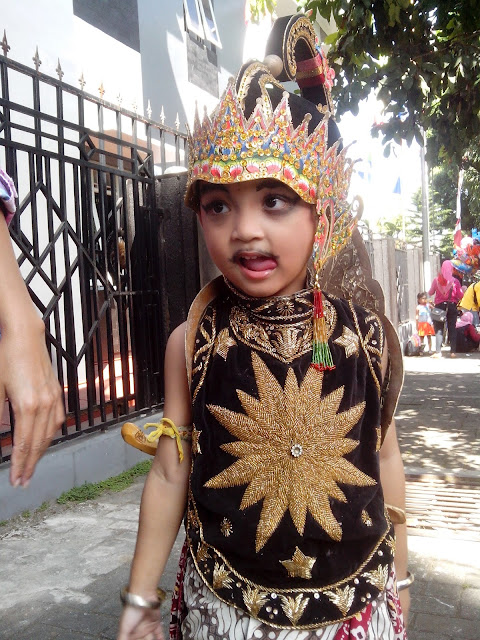 My son on his traditional costum "wayang"
Wayang is a Traditional Javanese Opera. 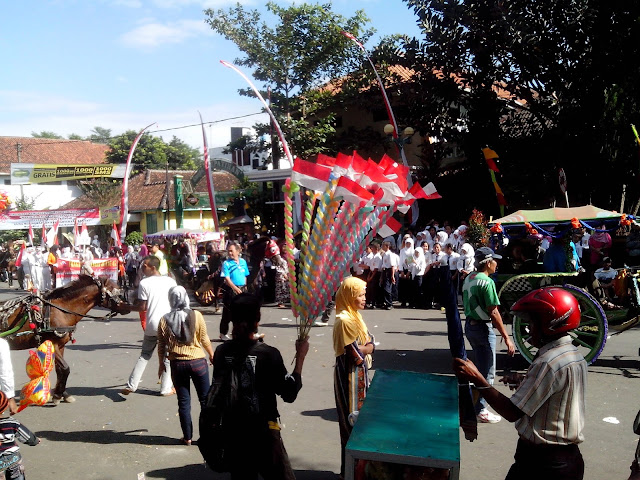 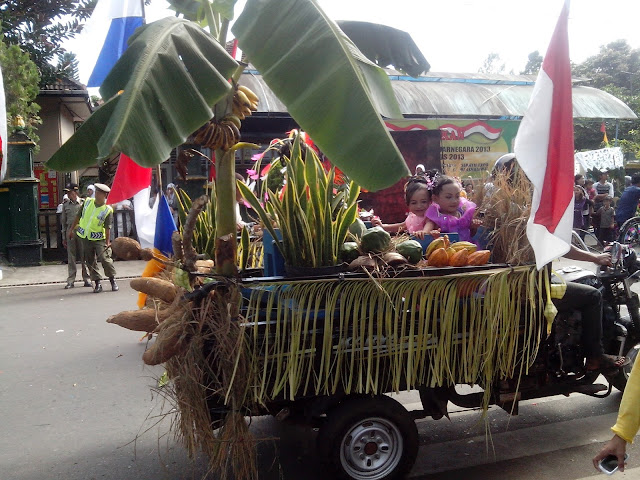 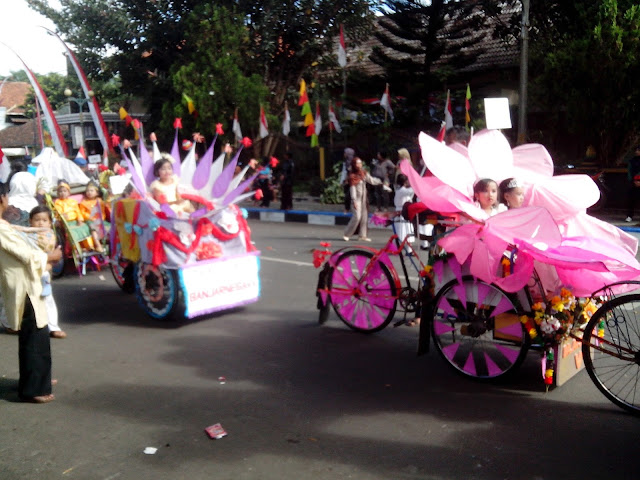 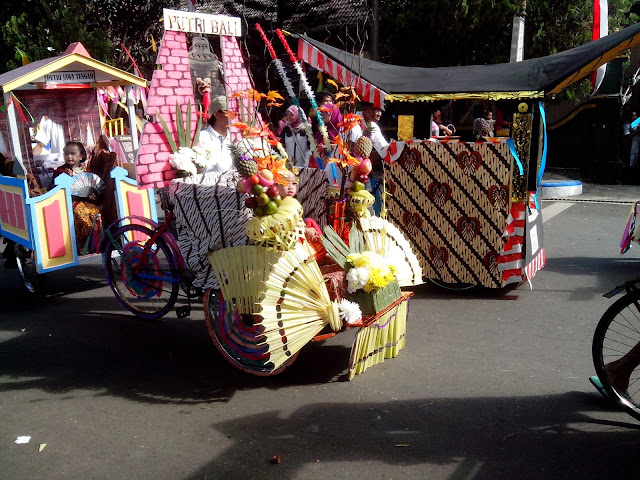 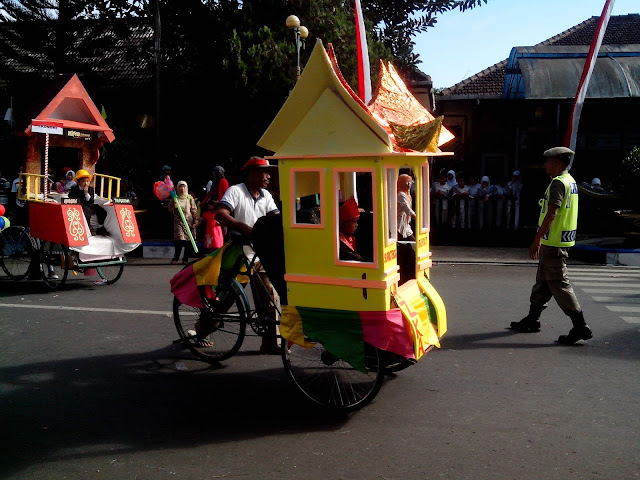 Posted by Endah Murniyati at 3:10 AM

Email ThisBlogThis!Share to TwitterShare to FacebookShare to Pinterest
Labels: Culture